Air Compressor System Install: What piping material should you use?

This article highlights the different material options available for compressed air systems. We explore the pros and cons of black iron, copper, PVC, and aluminum piping.

When installing a new air compressor system in a facility, piping is one of the first
materials that needs to be considered. As stated in Air Power USA’s piping guide “A plant compressed air system has only one function. To provide compressed air at the required points of use in sufficient quantity and of the proper quality and pressure to power the tools and other machinery.” If a manufacturer is using the wrong material, wrong size, or an inefficient layout, the negative impact on costs, productivity, and quality can be substantial. While there are a variety of materials for customers to choose from, most choose between four: plastic (pvc), black iron, copper, and aluminum. In an effort to be as helpful as possible, here is an overview of each.

Black iron piping has been the “industry standard”  since the beginning of manufacturing. Known to last for generations, its durability was a large reason companies chose to outfit their compressed air systems with it. Unfortunately, there are quite a few drawbacks of black iron. Though it is the least expensive material of the three metal options, black iron is also the heaviest (by a long shot) and most difficult to work with.

The installation process its self takes significantly longer using black iron due to the necessity of cutting and threading each turn in the pipe. Once it is finally installed, black iron finds itself at risk for internal corrosion due to normal wear and/or moisture in the air passing through the pipe. It will rust and scale up internally and will do so even faster with oil free compressors as the air content is very acidic.

This corrosion contaminates the air while also creating a higher friction factor slowing down the velocity in which the air travels, in turn effecting air pressure . 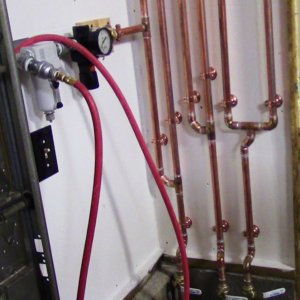 Copper piping is an effective alternative to Black Iron. Not only does copper have the durability of steel, it also corrodes at a much slower rate. This allows for the consistent velocity and pressure needed for a compressed air system to function properly. The main drawback that many of our customers have with copper is price. To put it simply, copper piping is drastically more expensive than other piping materials, up to four or five times the amount. 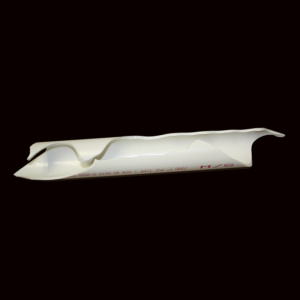 Plain and simple – we do not recommend using plastic/pvc for any compressed air piping. We understand that it is cost effective, but the potential risks far exceed the dollars saved. Not only does plastic piping lack resistance to failure by vibration, it’s also susceptible to rupturing from lubricants discharged from the compressors air stream. Over time the lubricants penetrate the plastic piping and causing it to weaken and increasing the likelihood to explode when pressurized putting lives at risk. 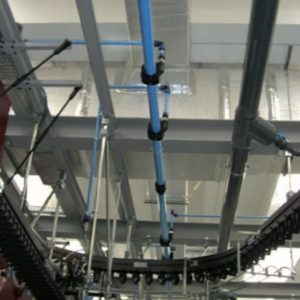 Previous Post Brand Perception: The Truth About “Efficiency” in the Air Compressor Industry
Next Post Free Air Energy Audits: You Get What You Pay For